Yesterday I attended an annual heart walk event at Ocean City NJ. This event was hosted by NJM Insurance Group in order to bring awareness to the importance of keeping your heart healthy through healthy lifestyle. The event had a really good showing. It was comforting to see so many care for something that has the potential to impact each and everyone of us.

Just a side note: I am not being paid by NJM Insurance Group in any way to mention them in this post. In fact, they don’t even know I’m writing this. I feel they deserve to be mentioned for bringing attention to this important subject. There were other sponsors as well such as the Ottinger Golf Group and other sponsors.

I can’t lie to you guys, I wasn’t going to go initially. I didn’t pay much attention to it until by co-workers bought it up. It was a company function and it’d fulfill one of my goals on the company agenda for the year. Yes, it’s shameful isn’t it? I went purely for the purpose of completing a goal I HAD to complete, not because I wanted to.

It was for a selfish reason. I didn’t realize the importance of events like this until I actually attended it yesterday. Even about 3 days prior to the event, I started looking into what this event was about. I see the message of bringing awareness to heart attacks and heart disease that plagues so many individuals today. There will be heart attack survivors and awards presented. I wasn’t all that excited. I still looked at it like another company function.

It wasn’t until when the heart attack survivors were on stage that I really understood the severity of this problem and the reason for bringing awareness to it. There were 4 survivors that were introduced to the crowd. Unfortunately, my phone died at the time and my dumb self did not bring a camera, so I don’t have any photos from the event. But I will do my best to describe my experience there and the survivors’ experiences.

The first survivor was a 3 year old boy. He’s had a heart condition since birth and many surgeries. He is due for another surgery later this year. The mother holding the boy was telling us his story through the microphone as the boy was playing with his toy. The condition was detected by doctors through a screening method that New Jersey hospitals had adopted roughly 5 years ago. Thanks to that screening, the family caught the condition early on and was able to work together with insurance to get their child the proper treatment to preserve his life.

The other 3 survivors were courageous people that followed a discipline lifestyle after finding out their health was at risk due to their heart conditions. One individual’s significant other passed away and she was at a low point in her life. But she didn’t give up and lost over 100 pounds and regulated her blood sugar levels to normal ranges without medication. The other 2 survivors had also lost a lot of excess weight and they were all recognized for their efforts in changing their lifestyle for the better.

The CEO of the Ottinger Golf Group also gave a brief speech about his experience with heart disease, which took his father’s life. He recalled how heavy drinking and smoking contributed to his father’s poor health, and the eventual disease that caused him his life. He said that whether it’s you or a love one that needs a lifestyle change to improve their health, you are showing love to yo 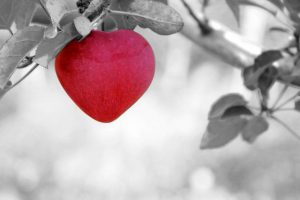 ur family and friends by making the change. By changing your own lifestyle for the better, you’ll be giving your family a peace of mind with your improved health. Of course, we’d urge our loved ones to do the same because we want to see them live a healthy life.

More Than Just An Awareness Event

To me, this event had a big impact. Especially since I wasn’t very interested initially, now I see the importance of it having been to it. There aren’t words to describe the feeling of seeing someone in real-life giving their personal experience about a life-changing event. It’s easy to read it through a book or a computer screen, but listening  to someone in real-life is a totally different world.

Everyone knew what the purpose of the event was: to bring awareness. But there were many other lessons I learned through actually attending. Lessons that I definitely would not have learned if I didn’t go, or even just listening to my co-workers talk about it. That in itself is a lesson for me. Here are some of the other gems I learned through this:

Benefits Of Doing Our Part

This article wasn’t meant to just bring awareness to heart attacks and heart disease. It’s also meant to show the importance of doing our part in supporting what we believe in, and don’t count something out so easily, especially something that we may not be well-versed in.

In addition to seeing the benefits of contributing to a certain cause, we get a peace of mind in knowing that we are following in the direction of our beliefs.

Have you personally participated in events like these? What was your experience at these events? What have you learned? Please share your experiences in the comments!