How Often Should You Eat? (Part 1)

With so many fad diets being thrown around, it can be confusing when deciding what the optimum way of eating is for you. Meal frequency is just one aspect of nutrition with never ending discussions. What a lot people do not realize however, is that the frequency of your meals can be just as important as its contents. So how often should you eat?

Narrowing the subject matter down to meal frequency doesn’t help narrow down the questions involved. Three meals a day? Six meals a day? What about intermitten fasting? There are proponents as well as critics of each of these approaches. Some take the extreme approach in either condemning a way of eating or hailing another as the holy grail of all eating styles. The aim of this post is to take a balance view on this topic and provide objective information along with recommendations.

So what’s involved with the different styles of eating? How does meal frequency affect my health? Is there anyone one approach that works better than another? Besides from my health, are there any other impacts from adopting a specific eating style? Read on to discover the answers to these questions.

In terms of meal frequencies, you may have heard of a few different styles already. In this article, we’ll be focusing on just a few of the most common styles: 3 meals per day, 6 meals or more per day, intermittent fasting, and the warrior diet

Breakfast, lunch, and dinner, your traditional meal plan ever since you were a kid. We’ve all heard the quote “Eat breakfast like a king, lunch like a prince and dinner like a pauper.” Although not everyone that eat 3 meals per day fo 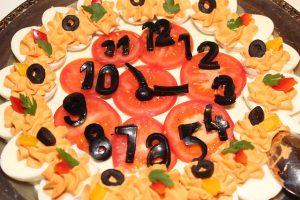 llows this advice, this style of eating emphasizes on eating the most in the morning and the least in the evening.

The times for the meals are very straight forward. Breakfast is shortly after waking up, lunch is around noon time, and dinner is in the evening or night time. This is the most common meal frequency for the general population. No one “goes on” this eating style on purpose or “tries out” this way of eating because they are most likely eating this way already. This style allows for snacking, as long as they aren’t full-blown meals.

This eating style was all the craze in the mid to late 2000’s. Even though it has fazed out somewhat, it still comes back in full force once every few years. It’s exactly as it sounds, this style involves eating 6 or more times per day. For simplicity’s sake, I will refer to this as 6 meals per day. For the same person, the meal sizes are typically smaller than that of 3 meal per day. Each meal are typically similar in size and calorie count.

Obviously you will be eating much more frequently than the 3 meal per day plan. There are variations in the times of the meals but they generally fall into the follow order: Breakfast, brunch, lunch, small meal between lunch and dinner, dinner, pre-bed meal. Some even wake up in the middle of the night to have another meal, typically in the form of a protein shake.

This style has existed long before this name was given to it. Old school bodybuilders like Arnold Schwarzenegger and Mike Mentzer were practicing this style of eating back in the day. This style also has different variations, but the basic principle is to eating only within a certain time frame or “window”. The time outside of that window, you are not consuming any calories. However, inside that window, you can eat as many times as you want. Some even suggest eating as much as you want within that time frame, although I personally do not recommend it for beginners.

The size of the meals largely depends on the number of meals you plan to have, and the total time of your eating window. The most common is the 16-8 style, 16 hours of fasting and 8 hours of eating. There’s also the 14-10, 18-6, and any other variations you can think of. Some variations focus on several days or a week instead of just one day. For example, the fast may last for 36 hours, followed by a 12 hour eating window. Or for those of us with more experience with fasting, 48-72 hours of fasting, followed by 24 hours of eating. 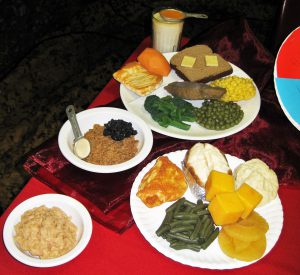 Followers of this style generally skip breakfast, and instead break their fast with the lunch or afternoon meal. This allows for dinner at 8 pm at the latest, which is reasonable for most of us. Some may choose to eat breakfast and lunch and have their last meal in the early to mid afternoon. As long as you’re eating only within your designated window, you are following this style of eating.

This name of this style was coined by Ori Hofmekler, a fitness expert that attributes his health and vitality to this style of eating. This style is basically a form of intermittent fasting with a daily 20 hour fasting followed by a 4 hour eating window. Frequency wise, this strict protocol defines the Warrior Diet, with variations allowed only for the number of meals you eat within the 4 hours.

Typically, those that engage in this style eat a very large meal to break their fast due to the accumulated hunger. Some eat so much on that one meal that they do not eat anything else within their 4 hour window. So instead of a 20 hour fast, it may be a 23 hour fast even if it took a full hour to eat. If you decide to space out your meals, simply make sure it’s within the 4 hour eating window.

Effect of Meal Frequency On Health

Now that we understand the 4 major eating styles and what they involved, let’s discuss how these styles affect our health. Instead of analyzing the health effects of each style, we’ll look into how the body reacts to varying frequencies in general. This will give us a broader perspective instead of just how those specific styles affect us. We can also draw conclusions about other styles with this information mind.

A study conducted in 2005 on the effects of meal frequencies showed that a lower meal frequency suppresses the development of different diseases in rodents. The life span of the rodents were also increased with reduced meal frequency compared to higher frequency eating. This increase in life span s related to the increase in stress resistance and the reduction in oxidative damage¹.

Obviously, results from rodent testing does not equate similar effects in humans. In addition, other studies have shown that when human subjects ate only one meal per day vs. three meals per day, the fasting blood sugar levels were higher in the “one 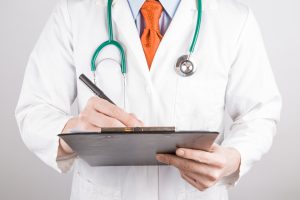 mealers”. Also, the overall cholesterol, including that of the “bad” LDL cholesterol were higher in the “one mealers” as well. High fasting blood sugar levels and cholesterol levels* have been linked to heart disease and other cognitive disorders.

*Cholesterol is NOT the culprit when it comes to coronary heart disease. This will be explained in a future article.

These studies, including the one conducted in 2005, does not detail the types of food comprising the meals. Since we’re only discussing meal frequency, and food types is a whole different topic on its own, we will leave this up-in-the-air as far as scientific studies go. Don’t worry, we will come back to this later.

A study was conducted as recently as 2015 showing that eating 6 meals per day resulted in the greatest amount of fat loss when compared with 1 to 2 meals per day and 3 to 4 meals per day². However, this study discusses conflicting data from other studies that showed different results. The study itself concluded that if body composition improvement is the goal, meal frequency comes down to personal choice. Not exactly the response we get from science is it?

In addition to body composition, satiety was also studied in this test. And just like the fat loss data, there were contradicting results from other studies performed with the same objectives. We will also come back to this point later.

Left In The Dark?

It seems there’s so much contradicting scientific data out there that it’s hard to believe what is true and what isn’t. It’s almost as if we’re supposed to believe in the most recent scientific data published, even if it contradicts something discovered 2 weeks prior. And when new findings come out supporting a previous hypothesis, we are to switch our beliefs again entirely. In reality, this is leaving us in the dark about what really works.

But we don’t need to be left in the dark. In Part 2 of this article, we’ll talk about the right way of eating for your specific needs, how eating frequencies affect us more than just our health alone, and recommendations that go with each eating style, regardless of the one you decide is right for you. So stay tuned!

UPDATE: Part 2 has been published. So what are you waiting for? Check it out here!