Polyphasic Sleeping-More To It Than You Think (Part 1)

Sleep, one of the most sought after commodity for many of us. It’s not that we don’t want to sleep, sometimes it’s just our lifestyle that limits our snooze time. And most of us have experienced what happens when our sleep gets thrown out of a routine. It take FOREVER to get back into the original schedule. For us nine-to-fivers, a late night out on Saturday means sleeping in on Sunday, which means not falling asleep til the late hours Sunday night. This in turns leads to coffee or tea or both being our breakfast Monday morning.

The later than usual bedtimes continues throughout the week because of work, family life, or other obligations we may have. If we’re lucky (or disciplined enough), we get to go to bed early to catch up during the week. Most of us typically look forward to the weekend to pay off that sleep debt. But more likely than not, the vicious cycle of late to bed, early to rise comes back to haunt us. If this is a normal part of your life, do know that it does not have to be. So how can we break out of this cycle? What about my responsibilities, I can’t neglect my kids/job/parents, etc? Is there anything I can do that will give me more time AND is sustainable?

What Is Polyphasic Sleeping?

Simply put, polyphasic sleeping is sleeping in different time blocks throughout the day. These sleep sessions are usually separated by at least 2 hours of wakefulness. The more common sleeping schedules involves a “core” sleep, which is the longest sleep session within a 24 hour period, and nap(s) that are shorter in duration.

For those of us that sleep throughout the night and wake in the morning, we are on a monophasic sleep schedule. This means we have one sleep session for every 24 hour period. Some of us may take a nap or two throughout our day. If those naps are spaced at least 2 hours apart from each other and the core sleep, you are technically on a polyphasic sleep schedule known as the siesta (if it’s one nap only, multiple naps will be explained below).

Another polyphasic sleep schedule is the segmented sleep. This involves two core sleep sessions with one nap. So you may sleep from 8 pm to 11:30 pm, remain awake until 2 am, then sleep from 2 am to 5:30 am. One of the core sle

ep sessions could be shortened and the time can be made up with a nap.

This schedule is probably the easiest to adapt to for those wanting to try out a polyphasic sleep schedule besides the siesta. Matter of fact, my dad was sleeping like this naturally for a period of a few months when he was working very hard (although I’m not sure if he took naps). He’d come home around 7 pm and be asleep by 8:30 pm, then wake at 12 am or so and wouldn’t go back to bed until 2 or 3 am, just to wake a few hours later for the morning coffee.

A nap of 20 minutes is included somewhere throughout the day, preferably in the middle of your waking time. This leaves evenly split waking times between your first core sleep to your nap and your nap to your second core sleep.

There are more variations to this that reduces core sleep time and adding naps to make up for it. A lot more detailed information can be found using a simple google search, but a really good resource for this topic can be found here.

This is where polyphasic sleep starts getting interesting. The Everyman schedule has many variations, hence the E2, E3, and E4. The number represents the number of naps involved with each schedule. As you may have guessed, the more naps there are, the shorter in duration the core sleep is.

The E2 has a 5 hour core sleep with two 20 minute naps. Although it has more total sleep time than the dual core schedule, some may feel that the dual core feels more natural that this schedule. The probable reasons will be explained in a later section.

The E3 has a 3.5 hour core sleep with three 20 minute naps. The naps do not necessarily have to be spaced to allow for even duration of wake times. But they do have to be placed strategically, due to how our circadian rhythm operates. This will also be explained in more detail in a later section.

The E4 has a a 2 to 2.5 hour core sleep session with four 20 minutes naps. Since it has one more nap than E3 and less time for core sleep, strategic placement of nap times is even more crucial for the success of this schedule.

I’ve decided to keep these two schedules within the same section because they are both equally extreme in my opinion. These two schedules allow for only 2 hours of total sleep time in a 24 hour period. If we are to follow either one of these schedules to the “T” indefinitely, we will be awake for 92% of the rest of our lives.

Uberman consists of a 20 minute nap every 4 hours, resulting in 6 naps. Dymaxion was coined by Buckminster Fuller, who slept for 30 minutes every 6 hours, resulting in 4 nap. You can read more about these two schedules with the link I previously posted. 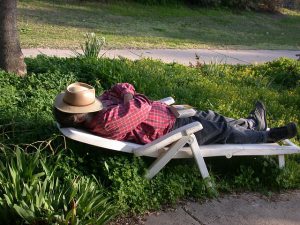 As you may have already noticed, the total sleep time for most of these schedules are the less than the commonly recommended 7-8 hours per every 24 hour period. It is for this reason that most people are on a polyphasic sleep schedule. While some may be following one of the schedules due to medical reasons, most do it for the extra wake time these schedules allow.

Obviously, wake time is useless if we’re constantly in zombie mode. Therefore, these schedules are meant to allow us to function as if we got the recommended hours of sleep. But for them to work as intended, strict adherence to and strategic planning of the core sleep and naps are critical.

Each of us have an internal natural biological clock. This clock tells our body to perform certain function in response to the different time of day. For example, melatonin is release as our body perceive that night is approaching, giving us the feeling of drowsiness. Or when our body core temperature reaches its lowest about 2 hours before our wake time to allow for the subsequent rise in core temperature, which some scientist believe is vital in waking us up.

Now that we know our body does its own thing on its own schedule, it’s important to know when to have our core sleep and naps so that our sleep quality is maximized. If we’re going to get away with less hours, we need to beef up our sleep quality to make up for that.

The two most important aspects of circadian rhythm to remember is what times our body is under rapid eye movement (REM) pressure and when it’s under slow wave sleep (SWS) pressure. Sleeping around the times when our body is under either one of the pressures will result in sleep that corresponds to that state.

Some of us may already know that REM phase of sleep is when we dream and when our mental engine is restored. SWS is when our physical body undergoes restoration, with the release of different hormones that promotes the repair of our muscles, bones, organs, etc.

Humans as a species experience the most SWS pressure from the early morning until midday. The actual time when REM pressure starts is around 3 am, and it progressively gets more intense as time passes until noon. SWS pressure is felt mostly in the evenings until midnight, with an actual start time around 3 pm and progresses in intensity much like REM pressure.

So What Does This Mean?

This means that depending on our goals and what we’ve been doing throughout the day, we may place more emphasis on SWS than REM ssleep. If that’s the case, depending on the schedule we’re doing, we can place the core sleep in the early evening with the wake time around midnight.

Typically, with a schedule like Everyman, the core sleep is from the early evening until around midnight. This promotes the healing of our physical bodies. Then the subsequent naps are tak 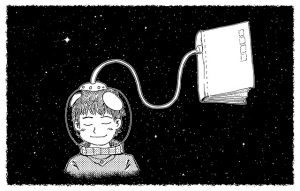 en between 3 am to 12 pm to promote REM sleep, which restores our brain and mental faculties.

I am personally going to be attempting the Everyman E3 schedule again some time soon. Yes, again as in I’ve tried it once and failed miserably, which I’ll explain later. And also yes, some time soon as in I’m planning on it and will need to block out a few weeks for the adaptation period.

I will be sure to keep you guys updated on my progress once it starts.

Wow, this article is much longer than I had anticipated. It seems there are still unanswered questions about this topic. Not to overwhelm you guys, I will address some of these points in Part 2 of this article coming out next week.

UPDATE: Part 2 has been published. So what are you waiting for? Check it out here!