If you’re anything like me, you don’t necessarily wake up every morning full of motivation and ready to tackle the day. Sure there are days like that and we wish we feel that way every day. But, reality tends to make life interesting, sometimes by making us feel extremely unmotivated to do anything.

It is during these times that we need to find the motivation to keep on progressing in our goals and dreams. Often times, we look for examples set out by those that have went before us. We look for the success they’ve achieve but also the struggles they endured, and we may even find that we can relate to them. Some of us have mentors that we can rely on to keep us on track and motivated.

Surely seeking motivation is the way to go when we need to rekindle the fiery passion we once had if we’re feeling down. But are there things we need to watch out for when it comes to finding the motivation we need? Is there such a thing as ineffective motivation? How do I look out for those? Read on to find out.

What Is Ineffective Motivation?

How may motivation be ineffective? If something gets me motivated to do something that I need or want to do, that’s all that matters, right? Let’s break this down from the basics.

As far as something like getting through a workout, or getting out of bed, or anything short-term, we may use music as a form of motivation. I know a lot of people who love blasting hardcore metal or rap when they’re lifting. Or it may be our favorite tune to keep us from getting bored while churning out those miles on the treadmill. But this article applies more to motivation for our long-term goals. Since they have a much bigger ripple effect, our motivation can definitely be ineffective if we’re not careful.

Your Motive Vs. Their Motive

For many of us, we have someone that we look to for motivation. It may be an athlete, a musician, an entrepreneur, or any number of successful people. It could be because of the struggles and hardships that these people went throu 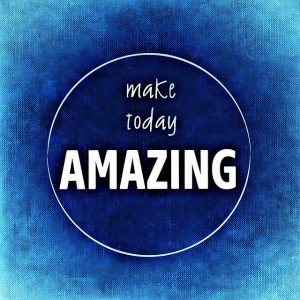 But take a moment and consider the motive behind what they’ve done and the motive that you have for pursuing your goals. One example that I personally experienced was that of an engineering professor I had in college. She had a Ph.D in Water Resources Engineering and she was very proficient at practicing it.

I later found out what her motivation was for becoming an engineering professor. She said that her uncle told her once that no woman can be an engineer. That was enough to motivate her to get a doctorate in engineering. However, she quit her job after teaching for 3 years. Why was that?

She never like teaching, ever. Everything she accomplished in her engineering career was from the motivation to prove her uncle wrong. From the students’ perspective, she was someone to be admired. But seeing her quit her teaching career and hearing her say that she does not like teaching was very hard to take for some of the students.

Each of us can use motivation from time to time and especially examples of people who have been down the path that we’re thinking of venturing. Although it may be difficult to tell what someone’s true motives are for their actions, it’d do ourselves a lot of good if we know that our motives and their motives are somewhat similar, if not aligned.

When it comes to picking people that provide motivation, it’s good to be picky. If we’ve taken anything away from the last section, it’s that we should use motivation that we can relate to. There’s nothing wrong with being selective about what or who should be your motivator.

Some of us may be motivated by our family. Maybe we have children that rely on us, or ailing parents that need us to take care 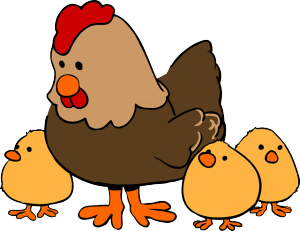 of them. These are some common motivators for people to continuing working, even if times get hard. These are some of the best motivations because they directly impact us, and they’re personal.

Being selective is about being able to see who you can relate to in reality and having them as your motivation. Does this mean that if we cannot relate to someone then we won’t be able to derive motivation from them? No, of course not. But this article is about using motivation effectively, so read on to see why it’s best to have motivation that stems from what we can relate to.

As an example, I had in the past used certain athletes as motivation for me to go workout on days that I didn’t feel like. Retired mix martial arts champion Fedor Emelianenko’s childhood story was a source of motivation for me. Here is one of his quotes that I remembered:

“Years ago we hardly had anything to eat. Now I earn more money and I see every opponent as a man that tries to put me back to that poorer period. That man has to be eliminated.”- Fedor Emelianenko

Although I still remember this quote, I don’t feel the motivation from it as much as I did before, if any. My family wasn’t so poor that we didn’t have enough to eat. We had financial struggles but my parents always put food on the table. Fedor’s example and his drive had motivated me for a short while. But it loss its effectiveness over time because it wasn’t something I could relate to.

Some of us may argue that examples like Fedor and others that struggle through harder times than we have is meant to show that if they can do it, so can we. While in reality that may be true, but our state of mind doesn’t necessarily work that way. Instead, it becomes more like this: “Since this person had experience such hardship, he was able to build the character and qualities needed to get to where he’s at. I was never and won’t ever be exposed to what he has so my chances of doing what he has is slim to none.” 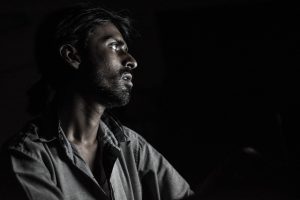 If someone is successful but maybe had a much easier life than we have had, it can easily become the opposite way of thinking: “He had it easy and was able to do what he has done with no pressure. It was handed to him. I don’t have that luxury so I don’t think I’ll be able to do it.” We may not think it right now but it’s something that creeps into our minds in our darkest hour. And what good is motivation if it doesn’t keep us going through those darkest hours?

I’m personally motivated by the example of Robert Herjavec, a famous entrepreneur whose parents immigrated from Croatia. His father was a factory worker and his mother was a receptionist, both jobs that doesn’t exactly pave the way success for a businessman. But Robert persevered and started his own company, which is now the largest information and cybersecurity company in Canada.

I can relate to Robert’s upbringing because my family also moved to a different country when I was at a young age. Neither of them had jobs that were well paying, and I also feel that my father had been and still is a major positive influence on me. All of these help me relate to Robert and seeing what he has done and where he is at now really shows me what is possible for me.

The last point that I want to bring out is the importance of our integrity. Our motives must be something that we keep true to ourselves. Our reason for doing something is personal to us and it may not be the same for those that we derive motivation from.

For some of us, our motivation for trying to gain a lot of wealth is for our family to have a better life. But we may initially find motivation from someone who’s very wealthy, but only to find out later on that their motivation is purely the enjoyment of material things. Does this mean that we must change our motive in order to acquire wealth like this person has done? By no means should you do that.

This example simply illustrates that we may be let down sometime because of the people we look up to and we felt had one point motivated us. But our integrity must stay intact because that’s who we are. Do not forsake your values for the sake of trying to be more like someone that you’re not.

Hopefully, this article has helped shed some light on using motivation effectively. I feel this is a subjective topic and there will be different thoughts and opinions on what effective motivation is. Please share your thoughts in the comment section below.